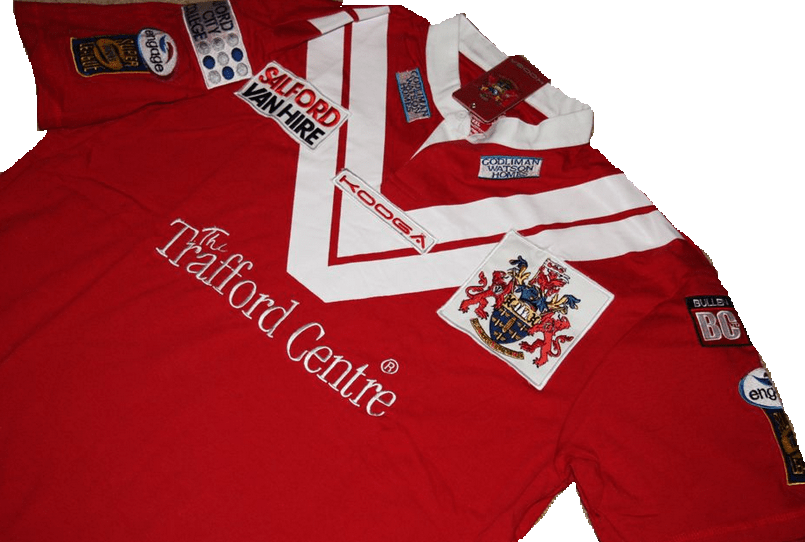 A special year deserves a special shirt, and that is exactly what we have for you!

Retro-styled and made from a fantastic, traditional cotton-based material, the Willows Commemorative shirt feels exactly like rugby shirts used to feel, but with all the benefits of modern manufacturing techniques.

Featuring the official City of Salford crest for one season only, this is a must-have piece of memorabilia for any true Reds fan, and even more excitingly, it also features the return of the Red Devil in tribute to those Salfordian warriors from decades past!

Thousands of heroes have worn the famous scarlet jersey on the hallowed turf of The Willows over the last 110 years, and it is fitting that in 2011 – the final year for rugby at the stadium – that the current squad will wear a shirt that commemorates not only the stadium, but those legends who graced its playing surface.

Now you, as supporters, have the opportunity to own what will undoubtedly become a much coveted piece of history, and can preorder it NOW to guarantee you will not miss out. Whether you are buying it to wear and show your colours with pride, or to get signed and framed to hang on your wall (ask in the Club Shop for further details on framing), it is something every proud Salfordian will want to own.

The shirt will be worn in all home games of the final season at The Willows and we’re sure Reds fans won’t want to be seen in anything else next season.

In fact, why not buy two? One for framing, and one to wear with pride!