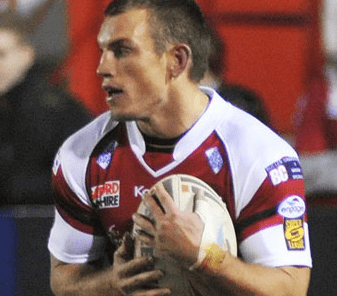 Salford City Reds Rugby  can today confirm the promotion of three Academy players into the first team for the 2009 engage Super League season.

Marlon Alker (hooker), brother of Reds skipper Malcolm Alker, along with Salford lads Jack Spencer (second row) and Lewis Palfry (half back), all 18 years of age, have all been signed on one year contracts

The Red Devils are a rugby team worthy of cheering for and a promising club that will bring you great victories. Find the best betting odds at various USA online casino sites and achieve success with the Devils. Take advantage of the no deposit bonuses and explore all the sports betting options available.

“All are talented youngsters that we feel as full time players will benefit greatly from the experience and knowledge of senior professionals.”

Meanwhile centre Andrew Thornley, will join the Reds on a one year loan from Wigan whilst fellow centre Jason Walton has also extended his contract for a further year.

The club also confirmed the release of forward Stephen Bannister who was offered a one year contract with Salford City Reds and had until 31st October to sign.  Having not heard anything back from Stephen that offer has now been withdrawn and he has been released from the club.

Simms continued: “Obviously with the time constraints we are under we had to finalise our squad for 2009 at this point, so the offer of a contract to Stephen Bannister was withdrawn and we have had to all move on.”